At Lit CelebrAsian, we have a wonderful team of book lovers who are dedicated to promoting Asian Literature.

I’m a Kiwi-Vietnamese who loves books and the people who read and writes them.

Favourite Asian Lit book: A Tale for the Time Being by Ruth Ozeki

My name is Aila and you pronounce my name eye-la. I’m a college student in Georgia who tries to read whenever she can find the time (and energy). I’ve been in the book community since high school, and it’s always been my solace and my motivation to keep going. As a Chinese-born American, I’ve grown up in two different worlds: the Western environment that surrounds me, and the traditional Chinese household that I would go back home to at the end of the day. Although I am used to hearing stereotypes and insults towards East Asians, I hope within Literary CelebrAsian we can embrace our heritage and culture and grow closer as an inclusive and celebratory group.

Favourite Asian Lit books: The Land of Forgotten Girls by Erin Entrada Kelly and The SEA is Ours: Tales from Steampunk Southeast Asia. 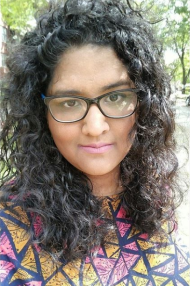 I’m your friendly neighbourhood desi bookworm from Muscat, though I’ve shuttled around a bunch of places in the last few years. Besides reading books, buying books in excess, yelling about them on the internet, I enjoy dancing, playing with makeup, binge-watching TV comedy, and getting into really nerdy academic discussions with my friends – preferably with a good drink in hand. I’m committed to supporting and promoting Asian lit and Asian authors, to show people from outside the community just the plethora of stories and experiences we have to offer.

Favourite Asian Lit books: It’s hard for me to pick a favorite, but this year I read A TIME TO DANCE by Padma Venkatraman that absolutely blew me away and made me shed many tears.

Hello there! My name’s Kai (rhymes with tie) and I’ve currently been on this earth for fifteen years, I know #tinychild. Currently my passions include reading, animation, (making sure I never ever have another crush *blushes with embarrassment*), and web design (if you ever need a new blog design, I’m your gal), also, if you couldn’t already tell, I have a penchant for parentheses. Growing up, none of the books I read ever reflect my life experiences, I was always keenly aware that I wasn’t quite like the American pioneer girls or the English princesses I adored, because none of the looked like me, none of them were Asian. However, after joining the bookish community, I’ve found so many books with amazing Asian rep that I’ve been able to connect with in a way I’ve never known before.

Kate is a Korean-American adoptee and independent blogger/Book Riot writer. Representation for other Asians in literature is very important to her and it still warms her heart to see people who look like her on book covers.

Shenwei is a queer Taiwanese American, an avid kid lit (middle grade and young adult) reader and blogger, and an aspiring author. They earned a B.A. in Asian American studies and use their background in ethnic studies to critically engage with issues of representation in literature.

Current Favorite Asian Lit books: The Reader by Traci Chee and The Epic Crush of Genie Lo by F.C. Yee

Sophia is a communications major from St. Louis who got sorted into Ravenclaw in Gryffindor and doesn’t know why. She appears on various parts of the interwebs, including Lit CelebrAsian.

Favourite Asian Lit book: This is not a fair question, but if I must, The Epic Crush of Genie Lo by F.C. Yee

Stephanie is an Australian-born Vietnamese reader and blogger who yearns to see herself represented in a book. She is part of the Lit CelebrAsian team because this team is helping her to find books with Asian representation, which she previously did not realise existed. And hopefully, one day soon, Stephanie will be able to find a book where she is culturally represented.

Favourite Asian Lit book: Not Your Sidekick by C. B. Lee and The Epic Crush of Genie Lo by F. C. Yee

Find Wendy at Written in Wonder and her Twitter

*All of our voluntary contributions to Lit CelebrAsian are based on availability. Together, we aim to uplift Asian voices in literature.

*Many thanks to our former Lit CelebrAsian members for helping with our launch: 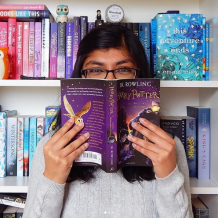 A book blogger and booktuber who is either reading or running into walls because she is walking while reading (not a good idea friends!) Other than reading, she loves baking and arranging her bookshelves.

Favourite Asian Lit books: I have so many but When Dimple Met Rishi by Sandhya Menon and Everything I Never Told You by Celeste Ng 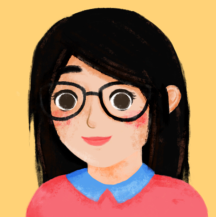 Born and raised in New Zealand, CW is a Malaysian-Chinese aspiring artist and a passionate advocate for diversity in young adult literature, especially Asian literature. You will probably find her practicing art or working on postgraduate research. She also really likes corgis.

Favourite Asian Lit books: The Epic Crush of Genie Lo by F.C. Lee and Not Your Sidekick by C.B. Lee 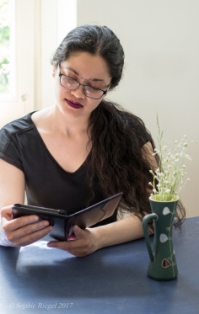 I focus on character interviews discussing and promoting diverse books on my blog. I’m a Eurasian Publishing student in Scotland. If I’m not doing something bookish, you can usually find me dancing or eating.

Favourite Asian Lit book: One of my favourite books is Sunbolt by Intisar Khanani. There is very little focus on romance in the story, which is something that makes me feel right at home. The story is captivating and I love the original world that Khanani has created.