Veronica Montes is the author of Benedicta Takes Wing & Other Stories (Philippine American Literary House, 2018). Her fiction has appeared in Bamboo Ridge, Prism International, and maganda, as well as in many anthologies including Contemporary Fiction by Filipinos in America, Growing Up Filipino, Going Home to a Landscape: Writings by Filipinas, and Kuwento: Lost Things among others.

What was the inspiration behind this short story collection?

The pieces in Benedicta Takes Wing & Other Stories were written over a span of several years, and they were inspired by my observations of, and participation in, the Filipino American experience (the good, the bad, the everything!), particularly as they relate to family and community.

What is the most rewarding part of writing a short story collection?

On the most basic level, it’s rewarding to have these stories—more than half of which were first published elsewhere—collected in one place. More importantly, though, Filipinos make up the second largest Asian population in the U.S. yet we’re widely regarded as “the forgotten Asian Americans” or “the invisible minority.” The most rewarding part of bringing this collection into the world, then, is that its existence helps to make visible the invisible and plays a small part to ensure that—far from being forgotten—we take our place in the American landscape.

Most of the stories in this collection have contemporary settings that didn’t require a lot of research, but two of them are historical fiction, so I had the pleasure of taking a deep dive into the past. The main character in ”Bernie Aragon, Jr. Looks for Love” belongs to the manong generation, i.e. men who arrived in California, Hawaii, Alaska, and Washington from the Philippines in the 1920s and 1930s. In “Lamentation” I wanted to give a story and voice to the mother of 18th century Filipino revolutionary leader Gabriela Silang. Her father’s name is well known, but her mother is always simply referred to as a “Tinguian woman.” It’s ironic, but with both of these stories, I found that research and facts set my imagination free.

Any book recommendations for readers looking for more books by Asian authors?

Yes! I’ve been immersing myself in fiction, and I’ve recently enjoyed The Last Mistress of Jose Rizal: Stories (Brian Ascalon Roley); Blood: Collected Stories (Noelle Q. de Jesus); and the novel The Hour of Daydreams (Renee Macalino Rutledge). I’d also like to recommend anything and everything by Cecilia Manguerra Brainard, Marianne Villanueva, and R. Zamora Linmark. 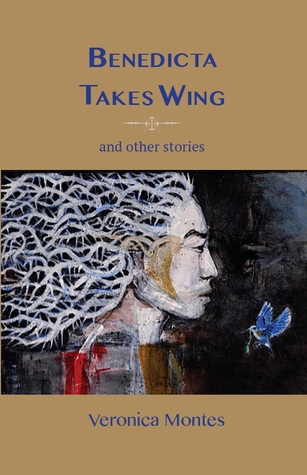 Thanks so much Veronica!