Lauren Lola is a San Francisco Bay Area-based author, blogger, and playwright. She graduated from California State University, East Bay where she earned her B.A. in Communication and a minor in Theatre. She released her debut novel, A Moment’s Worth, in 2014, and her second novel, An Absolute Mind, in 2016. Lauren has also had writing featured on Kollaboration, Entropy Magazine, Multiracial Media, YOMYOMF, Hapa Mag, and other outlets and publications. In addition, she has written for the stage at Bindlestiff Studio; San Francisco’s epicenter for Filipino American performing arts.

Exploring memory in science fiction is always fascinating. What inspired you to explore these elements in your sci-fi/fantasy work?

It’s really in my second novel, “An Absolute Mind,” where the concept of memory is explored. What inspired me to explore this subject matter was my own uncanny memory. Ever since I was about twelve, for whatever reason, I’ve had a scary good memory. From that, one thing led to another, before arriving at an extreme possibility: What if humans developed the ability to harbor memories of significant objects just from coming in physical contact with it? Also, how would people who have this ability be treated by others? That was how “An Absolute Mind” was initially conceived… but that’s the origin story of most novels anyway. It all begins with “What if…?”

Both ‘An Absolute Mind’ and ‘A Moment’s Worth’ follow characters in college. What drew you to writing characters at that stage in their lives?

I was in college and just out of college when I wrote both novels. Part of it was a natural tendency to “write what I know.” On the other hand, I also consider the novels that are out there, and how more often than not, there aren’t too many available where the characters are in college or college-aged. With the push for more YA novels, I often feel that my demographic constantly gets overlooked as a result, and so I feel that my novels are a way of filling in that gap.

How does the Bay Area shape/affect your stories?

I’m not sure if the Bay Area shapes or affects my stories. It definitely serves as a setting for “A Moment’s Worth” and it serves both as the home and a point of history for my protagonist, Sonya Ogino, in “An Absolute Mind.” The Bay Area is where I was born and raised, and so I wanted the environment I was brought up in to come out to some capacity or another in the two novels.

Does your playwright background influence your novel writing process or vice versa?

I became a novelist before I became a playwright, so it’s definitely the other way around. I approach writing a play similar to how I would approach writing a short story or a novel; I figure out what story I’m telling, who the characters are, and how it all goes down. An outline is often my go-to in organizing it all out. But the difference, obviously, is execution. I can’t dwell into inner monologues or the details in the surroundings beyond stage directions. I need to focus mainly on the dialogue; particularly in making it sound as natural as possible. Mostly everything else is left to the creative devices of the director and actors.

What are you working on at the moment? What should readers keep an eye out for in the future?

I’ve been working on my third novel for over a year now. It’s slowly coming together.

I’ve also been writing scripts for the second iteration of a theatre production called “The Geek Show.” You can expect to see that at Bindlestiff Studio in San Francisco this April.

In addition, I’m in the process of conducting interviews for a series of features I am writing, to mark the 20th anniversary of the premiere of a children’s show I had watched when I was younger. Expect to see that go live in March over on YOMYOMF. 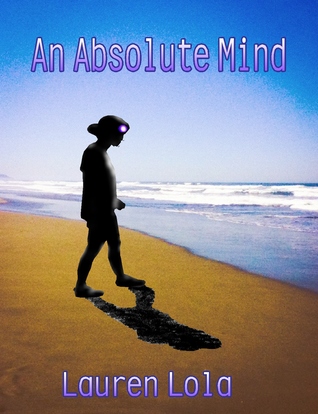 Thanks Lauren for reaching out for an interview!

Readers can find Lauren Lola via:

One thought on “Interview: Lauren Lola – Author of An Absolute Mind”

Co-host Wendy is really enjoying Color Outside the Lines, an anthology about interracial and - cultural relationships. What's an anthology you like or have on your TBR?